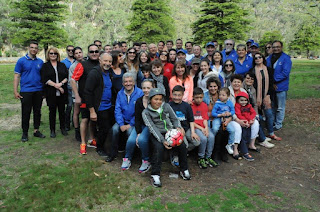 Sunday the 20th of September saw members and family attend our Long awaited Bobbin Head BBQ picnic. The weather looked as though it was not going to be on "our side" yet it turned out to be a very pleasant day! The Gas BBQ's were turned on providing some warmth, while we were protected from the elements under shelter known as "The Station". 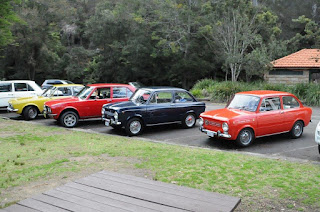 As the morning progressed, many members, family and friends began arriving... the famous courtesies extended toward each other; offerings of Coffee, cake, then salami, cheese, cake... it all began to happen!!!!

It was obvious that lunch time was approaching as Esky's and portable webers, ovens, the gentle waft of marinated meats, sausages, onion

Once again, like a scene out of Italia, our cars were parked next to our gathering, attracting the attention of the public. many passers by explaining that their first car was a Fiat, an Alfa (wish I still had it) was the common cry!... our cars looked great too! 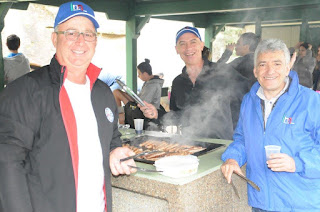 Ball games, card games, fishing, discussion and the famous laughter all contributed to a wonderful day at the iconic Kuringai National Park!


Also on Sunday, The Burwood "SPRING FESTIVAL" was held at Burwood park. Unfortunately, we had a clash of dates! Club Representatives “The Losinno’s” attended in Full Club attire!Congratulations to member Charlie Losinno, who was awarded the best 1950’s Vehicle, with his 1950 Topolino. Congratulations Charlie!

A great day had by all.
Posted by Alessandro Di Rocco at 9:35 PM