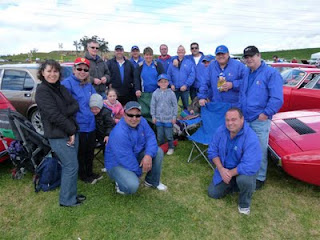 Sunday the 28th of August, saw members of IMSMC participate at Shannon’s sponsored CMC day at Eastern Creek. As always, the day was a huge success. Thirty one classic Italian vehicles adorned the allocated track area the colours were resplendent and the cars certainly were ready to attract the attention of every admirer and spectator on the day. 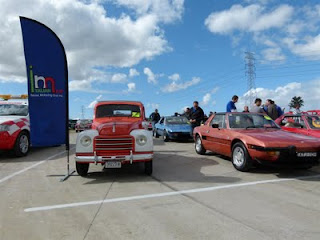 Compliments to all in the manner the cars were prepared. We all approached the track in an orderly fashion and proceeded onto the track to enjoy two laps of the race circuit. The cars moved around the track In true thoroughbred fashion performing nicely and without mishap.

The Fiat Topolino C series (alias ZIO Topolino) took the chequered flag on the day, could the driver please return the flag we shall need it for next year. Thank you! 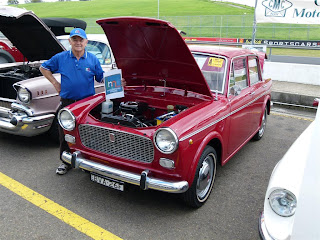 nts Concourse; we have it on good authority that Joe’s car made the judging a little more difficult than previous years. Thank you Joe, for your patience on the day, effort in preparing your car and representing our club.

It was good to see the famous marques including Volvo, Chevrolet, Renault, Jaguar and Volkswagen celebrating Birthdays. These marques were well represented on the day with a number of fine examples. A thank you note goes to Dino Capozzi who on the day 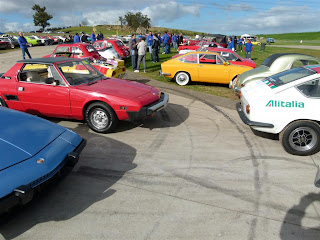 donated a Ferrari book and two posters to the club which shall be used at some future club fund raising event. A number of visitors to our area commented on our display and congratulated us on the way we present not only our cars but also the way we present ourselves.

A picnic lunch which lasted all day was enjoyed by all followed with coffees and desert.

An eventful day and as usual all good things come to a close. See you next year.

Posted by Alessandro Di Rocco at 5:04 PM No comments: 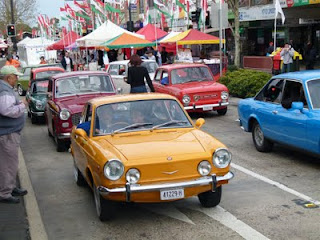 Ladies and gentlemen of IMSMC, Ferroagosto 2011 was once again a huge success. All members that registered for the event were present to enjoy a wonderful day full of entertainment. The day was filled with the usual food, drink and song. Alfredo Malabello entertained the crowd, performing on stage, while the clowns and other entertainers mingled amongst the crowd. The all time favorite accordion player entertained the crowd with renditions of “Volare” and some “Dean Martin” greats. Some members w 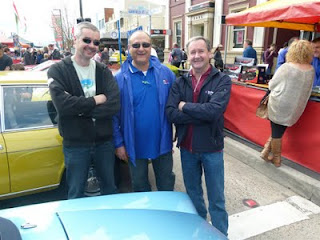 ere seen enjoying a refreshing ale at the local watering hole. There was certainly no shortage of food, One can only eat so much, but wait there is more. There were many cake stalls and all were overflowing with many traditional delicacies.

Stalls,stalls and more stalls selling Italian wares and goods of every shape and description. It goes without saying that our vehicles certainly made the day with many people chatting and admiring. Does anyone know the woman's details that was sitting in the green 850 spider? Please forward the details for further processing.

A very warm welcome to new members who displayed their fine Italian cars: 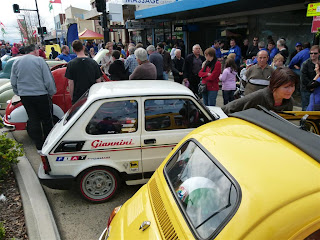 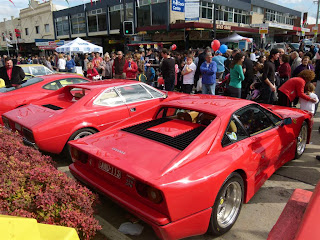 Thankyou to the IMSMC committee members and friends they did a great job looking after the club stall.

A great stress free day an event like Ferroagosto is the medicine required to take our minds of all the pressures of life. Thanks again and see you soon.

Posted by Alessandro Di Rocco at 9:19 PM No comments: 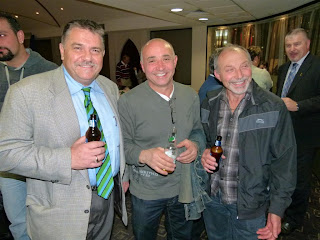 On Friday evening the 5th of August, IMSMC held it's Annual General Meeting at Cub Marconi.

Our compliments to Club Marconi for preparing our room very eloquently. Truly Italian made!

The night included AGM formalities and general business No elections were required, under the model rules and we are happy to announce that the committee for 2011/2012, remains unchanged.

We were introduced to Mirella Perau from "Garage 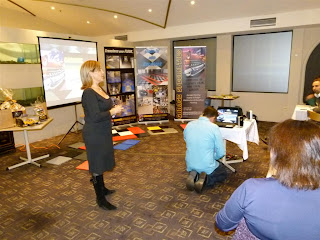 Specialties". Mirella and husband John, introduced a garage/showroom "Flooring Concept" to our members - a product that generated a great deal of interest. Thanks Mirella.

Each person who attended the AGM received a complimentary pasta dinner, offered by IMSMC - cooked to perfection! New Club Sponsor, CASA ITALIA, provided a great deal of sample produce, including Torrone, panforte, roasted almonds and lollies - these items are exclusive to CASA ITALIA, imported from Italy. 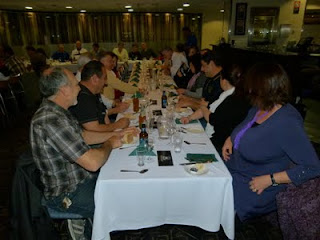 Needless to say, that the abundance of sample produce dissapeared in a flash!

Members have also now received a 10% discount on all produce available on the CASA ITALIA web site, a very big thank you to CASA ITALIA on behalf of IMSMC.

Our Club raffle was well supported, with all tickets being sold - Thanks guys! Italian Made (The club), Gerardo & Frances Mediati along with CASA ITALIA contributed to the wonderful prizes on offer 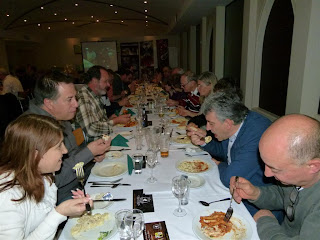 The night continued in great company - laughter and cheer! The year in review Video was on display for the entire evening, recounting some of our memorable events.

Like all "great IMSMC events", the night drew to a close (close to 11:00pm). many members chose to make use of the full range of facilities and entertainment on offer at Club Marconi.

Thankyou to all who attended another tremendous IMSMC event.

Posted by Alessandro Di Rocco at 12:36 AM No comments: