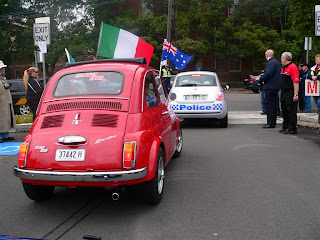 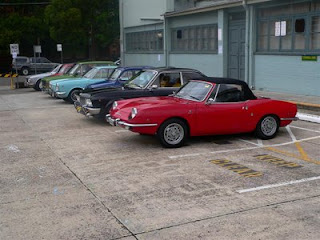 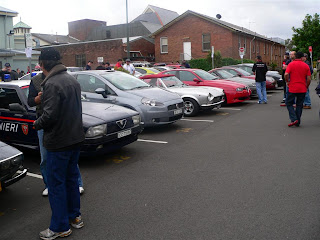 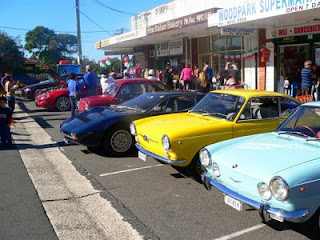 Sunday the 17th of May saw members of IMSMC displayed their wonderful cars on national motoring heritage day at the Voglia Di Pane bakery, The weather was stupendous and no one could have asked for a more glorious autumn day!

The Imsmc arrived and the party started! The area was abuzz with people, owners, proprietors and friends all of whom were getting the final preparations for the festa in place.

We were greeted with a complimentary cup of coffee graciously donated by the owners of “Voglia di pane” Jade &David. The bakery had a wide range of Italian bread, from very crusty loaves to specialised gourmet loaves. Many members and friends bought the products and before long the bread and other goodies were all sold out! As they say “The early bird catches the worm”.

At around midday, the mayor of Guildford addressed the crowd and by the sounds of things he was rather impressed with the festivities! 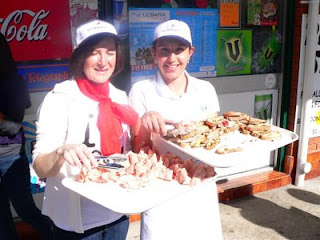 Charlie aka jelly belly the clown, kept the children and the big children entertained throughout the day, a bracket of fine music and song was carried out by a brilliant performer, the crowd was entertained with some old classics and you could really feel the Italian vibe.

As the day progressed, the bakery owners came around the crowd with complimentary gourmet olive bread and fresh cold meat, mortadella (Italian Devon, only better!) was offered. Needless to say at this point, there were smiles all round. A good glass of red wine was used in most cases to wash it all down and a good drop at that! 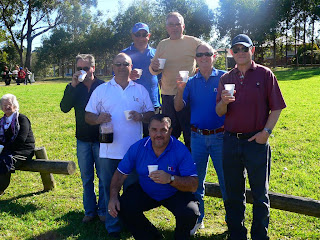 The Imsmc would like to thank our friends from the Maserati club for coming to this event with their fine Italian automobiles. Vehicle of the day went to owner Roland, with his 1972 Maserati Merak SS a timeless piece of Italian engineering. 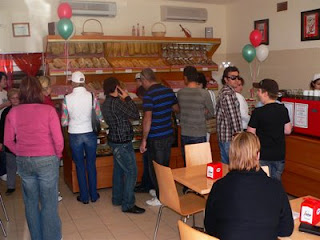 Our 500’s and Topolino attracted the usual aficionados and their aspirations of perhaps someday owning one. The festivities this year at Voglia Di Pane bakery, has set the stage for a bigger and better event next year!

The lucky door prize was a fine bottle of red wine was won by a friend of the Losinno family, the lucky winner stated that she did not need anyone to help her with drinking the prize!

The proprietors of “Voglia Di Pane” would like to thank all that turned up to celebrate their first birthday and making it such a great day!

Posted by Alessandro Di Rocco at 3:41 PM No comments: 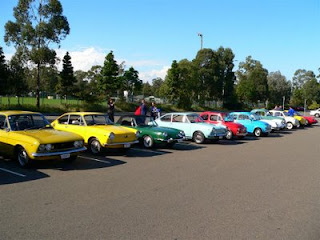 Sunday 3rd of May saw 14 members and their respective cars from the IMSMC join in celebrating the feast day of the Lady of the miracles held on the Club Marconi grounds..


Arriving at around 9.00 am, several members of the IMSMC contingent were greeted by one lonely Alfa Spyder. Slowly members began to arrive at the designated meeting spot, 500's, 850's, a 124 and a 128! it was like a scene out of the Italian job!. At around 9.30 am the Stocklands carpark was a buzz with the sound of our engines and so we set of toward the Club Marconi grounds.

Along the way we were applauded and waved at by the residents and then by the crowd who were gathering at the grounds!... One member later on in the day reflected and passed the comment that they "felt like an Italian Elvis".

As soon as we arrived at the Marconi grounds, we arranged our cars, the merchandise stand was set up and the Italian Made banner was flying proudly!. Many thanks to the members who helped out, it was done in an efficient and correct manner! 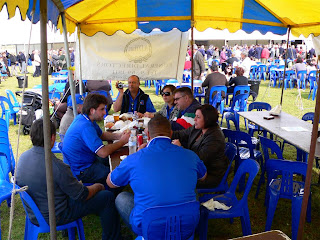 At 12am Mass was concluded and there was a rush for lunch!. The large tent housed a number of Italian treats including spicy sausages, steak sandwiches, pasta and zeppole!.. what are zeppole you might ask? Come to the upcoming Festa Della Republica at Club Marconi and share in the experience!

Lunch was shared in good company, fine steak and pork sausage rolls were enhanced with hot chilies and washed down with a a glass or two of fine red wine.

Many visitors to our display shared a story or two with us, "When i was your age!", "Thats my first car!" "What a beauty! How much?". 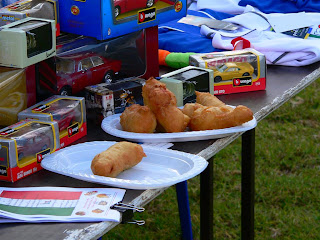 Throughout the day visitors were entertained with music, dance and comedy. The main show was hosted by performers John St. Peters and and John Barresi (the pharmacist from The Wogboy). If you see their new show "The Italian way" being advertised go and see it!, Talk about laugh!

At the end of their show, at 9.00 pm the festa was concluded with a magnificent display of fireworks, a fine finale to a great day.

Many thanks to the members who presented their cars in a magnificent way, a special mention to all those members w 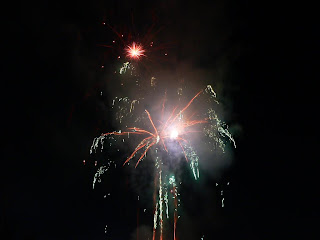 ho came and made appearances throughout the day due to other commitments!

Yet another successful event and participation was shared in some very unique Italian culture. Hope to see you at more events in the coming months!..
Posted by Alessandro Di Rocco at 2:16 PM 1 comment: