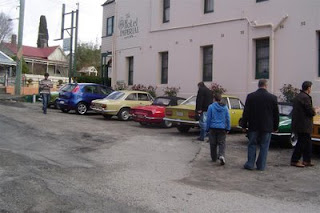 Sunday the 6th of July saw members of IMSMC attend our very first christmas in July.
Our meeting point was at the Glenbrook Information Centre @ 10:30am. We were greeted by a number of early bird members already at the meeting point, enjoying a "surprisingly" sunny morning.

We met New members Adrian King accompanied by Janette and Jamie in their wonderful Alfa GTV.
Within minutes the Glenbrook Information Centre became a carpark of classic italian cars. Fiats and Alfas lined the service Road - and naturally attracting many "spectators".

Joe Lecce came along with his latest acquisition a New azzuro blue Punto, the run was to be its maiden voyage. I'm not sure who had the bigger smile - the front grille or Joe!! An awesome machine! Congratulations. 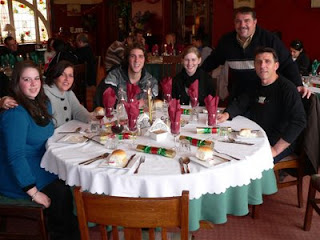 At around 10:45am we were off and and Up the mountain ! A brilliant drive ensued, the weather being very conducive to our Italian cars

Upon arrival at the Imperial Hotel @ Mt Victoria, we were greeted by the the "very helpful" staff. A quick aperitif of warm mulled wine consisting of Lime juice, brandy and cloves...we were ready for lunch!!

There was a constant "milling" of members floating around to eachothers tables and sharing in discussion. The food was wonderful. Just before desert was served Santa visited bearing gifts and good wishes. Ho Ho Ho!!

Before long, the afternoon came to a conclusion. Some members opted to drive the "Bells Line of Road" for the return trip home, while others winded their way back down the mountain. 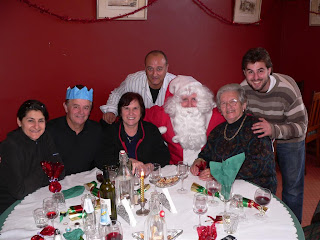 Merry Xmas in July!!
Posted by Alessandro Di Rocco at 12:05 PM No comments: 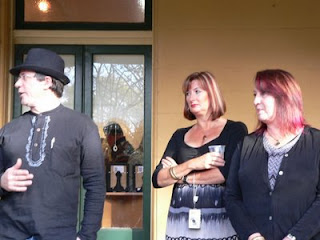 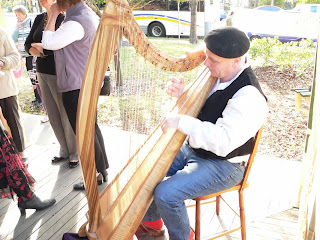 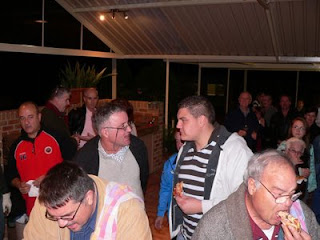 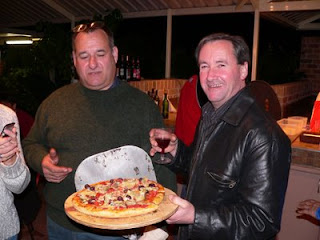 Posted by Alessandro Di Rocco at 12:17 AM No comments: