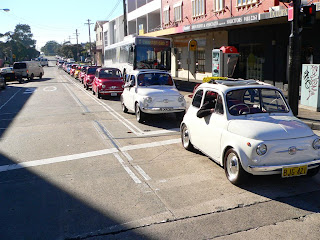 What a magnificent day! 18 IMSMC vehicles gathered and met at the office works car park on Parramatta road and then made our way down Parramatta road to Great North Road Five dock where our cars were assembled. The line of classic cars and their entrance to the display area was very colourful and impressive.

The day was filled with food, music, drink and many other forms of entertainment from dancing girls to master chefs cooking for the crowd and other stalls selling their wares from almond nougat to continental cakes..

Many visitors were impressed with our cars not only in the way they were presented but in the way they had been restored and cared for. Half our display was made up of the mighty FIAT 500 of various models from various years. 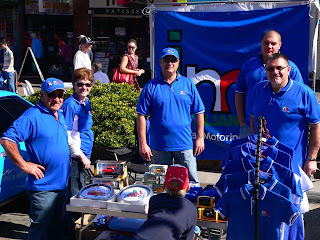 Member Fillippo Foti patrolled our display area as people who just can’t help themselves have the urge touch our cars! It’s as if they would like to start an Italian love affair and every now and then you would hear “hey this is not a car yard keep your hands off” and they would quickly wake up from their trance!

It is wonderful to see so many members that had other commitments, that weren’t able to attend with their cars, come to the festa and visit the club stand. Thanks guys! It appeared that members Nina and Nat Stillone knew just about every person that visited our display. 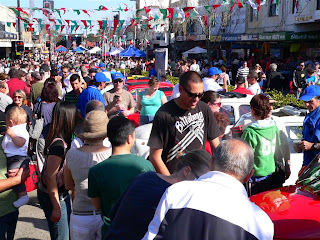 It was a bizarre sight to behold total strangers wearing our IMSMC hats!

Member Renee Di Rocco was part of the volunteer staff and assisted Canada Bay council with keeping the crowd under control. She was fitted out with cap, vest and two way radio and was quickly inducted and let loose. We are told that Renee carried out her duties well and was a great ambassador for our club.

At 4pm we were given the go ahead to pack up our stall and get ready to move off! After such a warm and full day of activity members efficiently packed up the stall and returned to their cars for the trip home. 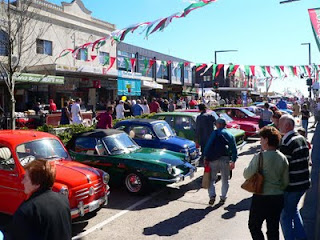 Member Leo Di Rocco snapped the accelerator cable on his 695 on the way home; luckily it occurred on the freeway not in suburbia, a slight adjustment to the throttle and cruised home slowly. Member Gerardo Mediati lost his IMSMC cap through the sun roof of his 695 on the freeway. No stopping or going back as the traffic was very heavy, no problem the committee has ordered a new cap and is on its way!

Posted by Alessandro Di Rocco at 3:21 PM No comments: 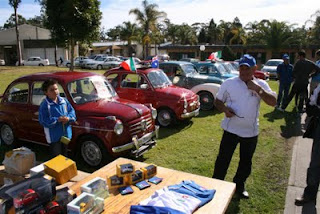 On Sunday the 9th of August, The IMSMC created a small static display at the Scalabrini Village, Austral.

We met at Austral shopping centre and then made our way through to the Village, with immediate impact. Very quickly, many visitors gathered and began to gaze upon our classic Italian cars of yesteryear. 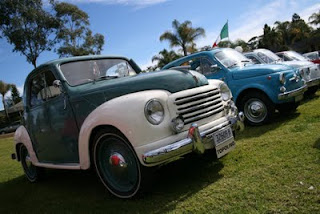 A special mention to Joel Stillone for representing part of the "younger crew" of the IMSMC on the day. Thanks for your help Joel! Joel always takes awesome photos for use on the club website and archives.

A highlight of our display was, New member Joe Losinno and his 1982 Alfa GTV. This car has OVER 800 000 KM on the clock - with original Motor!! Thanks Joe! 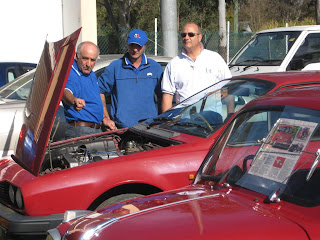 Mastermind Joe Lecce has put the Club on the map! Joe organised to escort an opera singer in his 500, to centre stage - while the opera singer, Mr Graeme Wright sang from Joe's 500, all the while standing through the sunroof. People gathered around Joe's car and danced, clapped and cheered. It absolutely brought the house down!

Certainly a fun afternoon...One which will most certainly claim to be a Joe Lecce signature event! We hope to see you all at the next event. 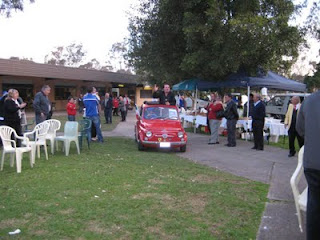 Posted by Alessandro Di Rocco at 11:17 AM No comments: 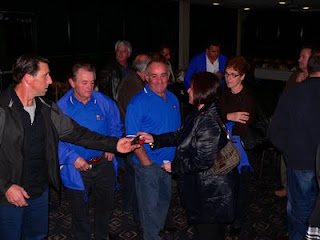 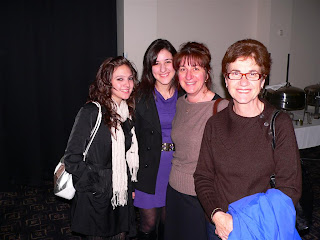 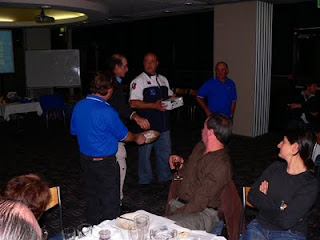 Posted by Alessandro Di Rocco at 3:34 PM No comments: