Australia Day, 2018 saw us once again heading off to Parramatta to participate in the day-long event of CARnivale.   Prior to the display at the park, entrants were given instruction to proceed to an assembly area in the grounds of the Greek Orthodox Church in George Street, Parramatta where breakfast was provided.  To alleviate the possibility of pressure points, entrants were allocated different times of arrival at, and departure from, this marshalling area.

Marshalls directed participants depending on a code displayed on their windscreen label.  As was the case last year, this proved to be a key factor enabling an orderly exit from the assembly point and the cavalcade to Parramatta Park.  There was no control of traffic lights and no police directing traffic but it appeared to run very smoothly.  The route selected from the assemble point to the Park was very straightforward.  In addition, departure from the park in the afternoon was executed in a similar manner. 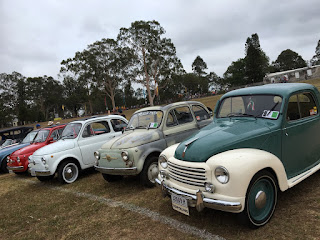 CARnivale in Parramatta Park consists of the ‘showcased’ vehicles and a general display of vehicles built before 1987.  ‘Showcased’ were veteran cars, fire engines, motorcycles and vintage speedway cars.  The oldest vehicle on display was a 1907 American REO tourer. In addition there was a 1910 International Auto Buggy built by the International Harvest Company of America and a 1959 Ford Prefect converted to electric power.  Both of these were from the collection of the Museum of Applied Arts & Sciences.

In addition to the ‘showcased’ vehicles there were some 360 vintage and classic cars on display on the lawns to the side of Old Government House.  Amongst these were 2 x Fiat 500s, 1 x Fiat Topolino, 1 x Lancia and 1 x Fiat 501s from the IMSMC.  Once again, the general public showed a great deal of interest in the cars, asking many questions and taking countless photos.
The organisers made marquees available to Clubs on request.  This proved very popular, though perhaps a little too small for clubs with a large attendance.  A large stand of trees provided welcome shade throughout the day.  This was supplemented by a cool breeze wafting across the park in the afternoon.

There were many and varied food and drink outlets including a facility to top-up ones water bottle with chilled water, compliments of Sydney Water.  A maintenance team kept the ablutions and park land neat and tidy throughout the day.
This year the Dairy Precinct was open to the public.  Built in 1796, the dairy provided milk, butter and cheese to the colony’s first governors.  As has been the case on previous CARnivales, it was great to see Old Government House open to the public.

I believe there is still more scope to introduce the public to the history of early settlement in Parramatta.   Perhaps the Bus Museum could provide some of their double-decker buses to transport interested visitors to the many historic venues.  Most of these venues, although quite close, are not within walking distance in the middle of summer.  Perhaps the Historical Society could come on board with guided tours etc.

We enjoyed our day and will go again.
Norm and Inez Mitchell
Posted by Alessandro Di Rocco at 5:59 PM No comments: 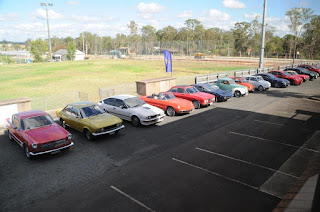 The IMSMC membership breakfast was held on Sunday the 4th of February at the CSI Sport & Recreation Club, in Schofields.
Over 150 members and family were in attendance.
The car park was filled with over 65 cars, 51 of which were Italian Stallions! An array of all makes and models, the colours of yesteryear and today!
Our thanks to the staff of CSI, for the presentation of the hall. The facilities were great and the food was great too! 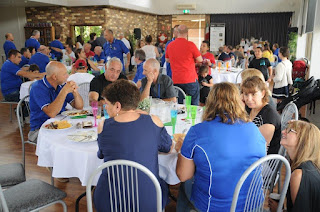 Our club raffle was extremely well sponsored and supported by all in attendance.
It was wonderful to see so many "passionisti" gathered in the one place. Certainly a good sign of what 2018 will bring, as our club celebrates its 10th anniversary.
We welcome and encourage all members, family & friends to be involved with our activities. 2018 will bring a variety of events which will live up to the expectations that we have all become accustomed too. 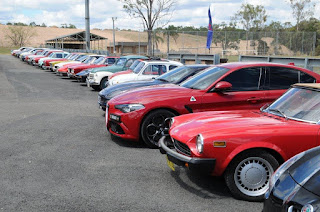 
Posted by Alessandro Di Rocco at 2:30 PM No comments: