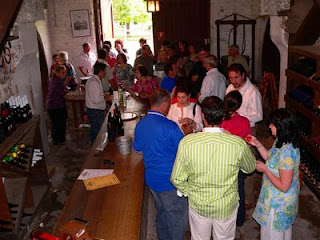 The Italian Made Social Motoring Club's first annual Christmas party was held this year at Gledswood Homestead in Catherine Field. 53 members and visitors attend what was to be a spectacular day of food, drink, more food and excellent company!

Arriving at Gledswood just after 11am we were greeted by a performance of stockmen, cracking whips and mustering sheep! not your average Sunday morning sight!

In all 9 classic cars made up a display around the back of the function centre, one member in his infinite humour brought along his Honda complete with Fiat 500 sticker on the bonnet!

The day began with a wine tasting, with a cheese platter graciously offered by Andrea and William Gallo. While members enjoyed a glass or two of the estates fine wine, many opted to tour the grounds and explore the magnificent gardens and the old 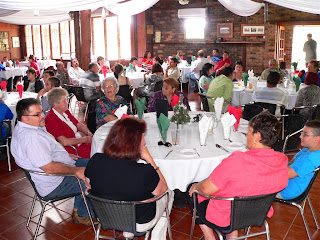 homestead itself, a beautiful colonial building with many later additions as the importance of the property grew. While others enjoyed the more rural aspects of the working farm, observing sheep shearing, cow milking and getting up close and personal with the wildlife.

With all the walking and drinking that was going on, we had worked up quite an appetite and so lunch was called. So all flocked from near and far to join at the large tables and indulge once again in fine food and company. The lunch was large and food in abundance, all ate their fill! 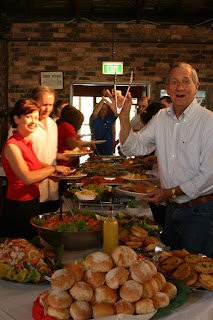 The more formal part of the day commenced after the eating was finished, with speeches from the club secretary Lino De Iulio and Club President John Di Rocco. The Committee presented John with a token of their appreciation of the hard work and effort that he had put into the club this year. Acknowledgments to the contributors to the raffle, in particular Andrea Gallo's parents who donated a very large salami were thanked which was first prize! 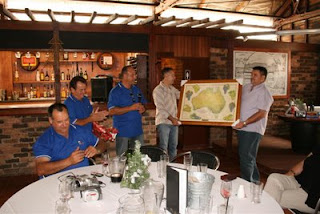 This prize was appropriately won by a one Mr. Lloyd Jamieson who unaccustomed to public speaking, delivery a short speech of several thousand words of apprecation! Lloyd expressed in his short speech all the hard work and activity that the club has undertaken throughout 2008.

A perfect Finale to a perfect year!

Merry Christmas to all
Posted by Alessandro Di Rocco at 2:09 PM No comments: