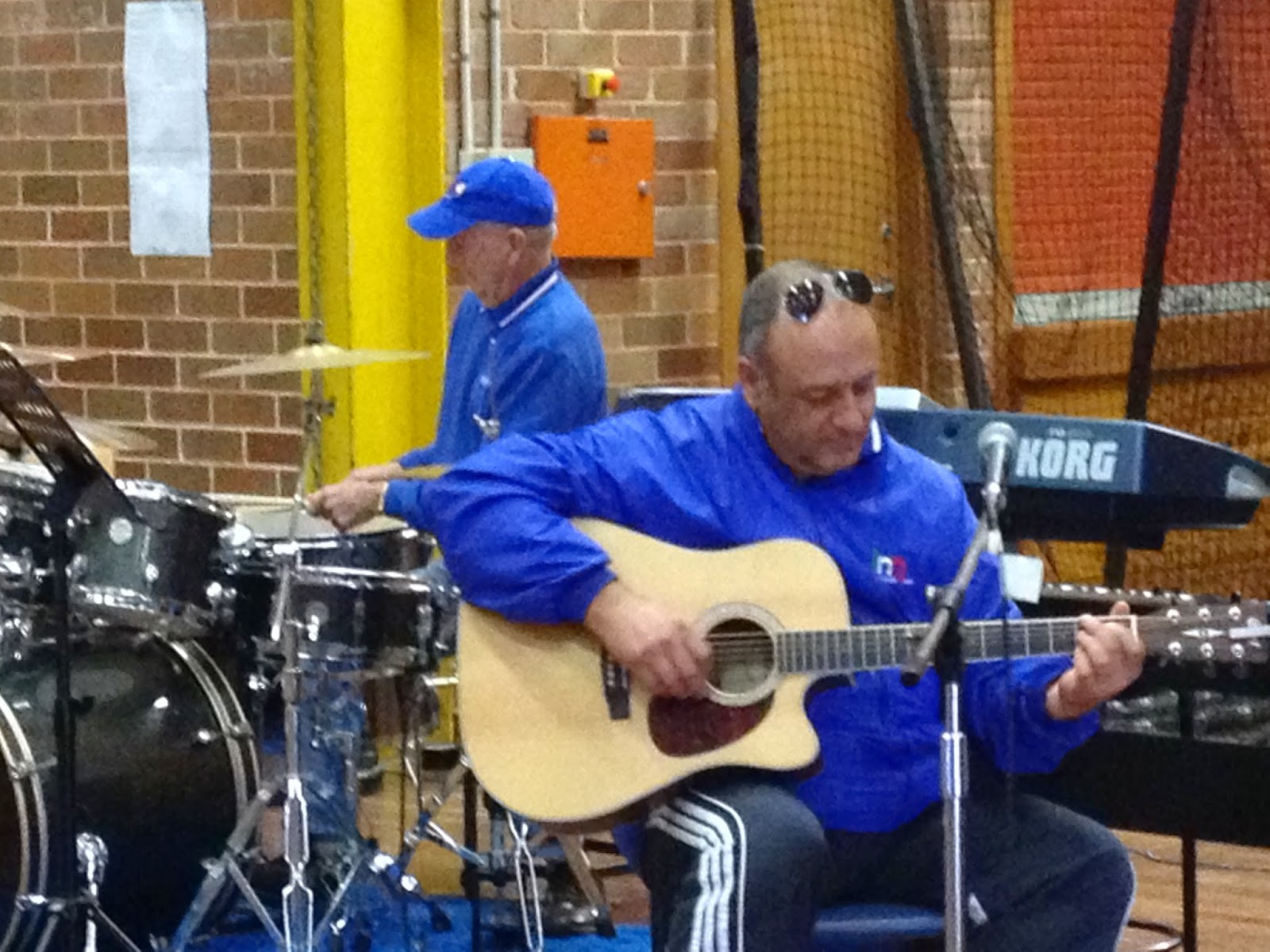 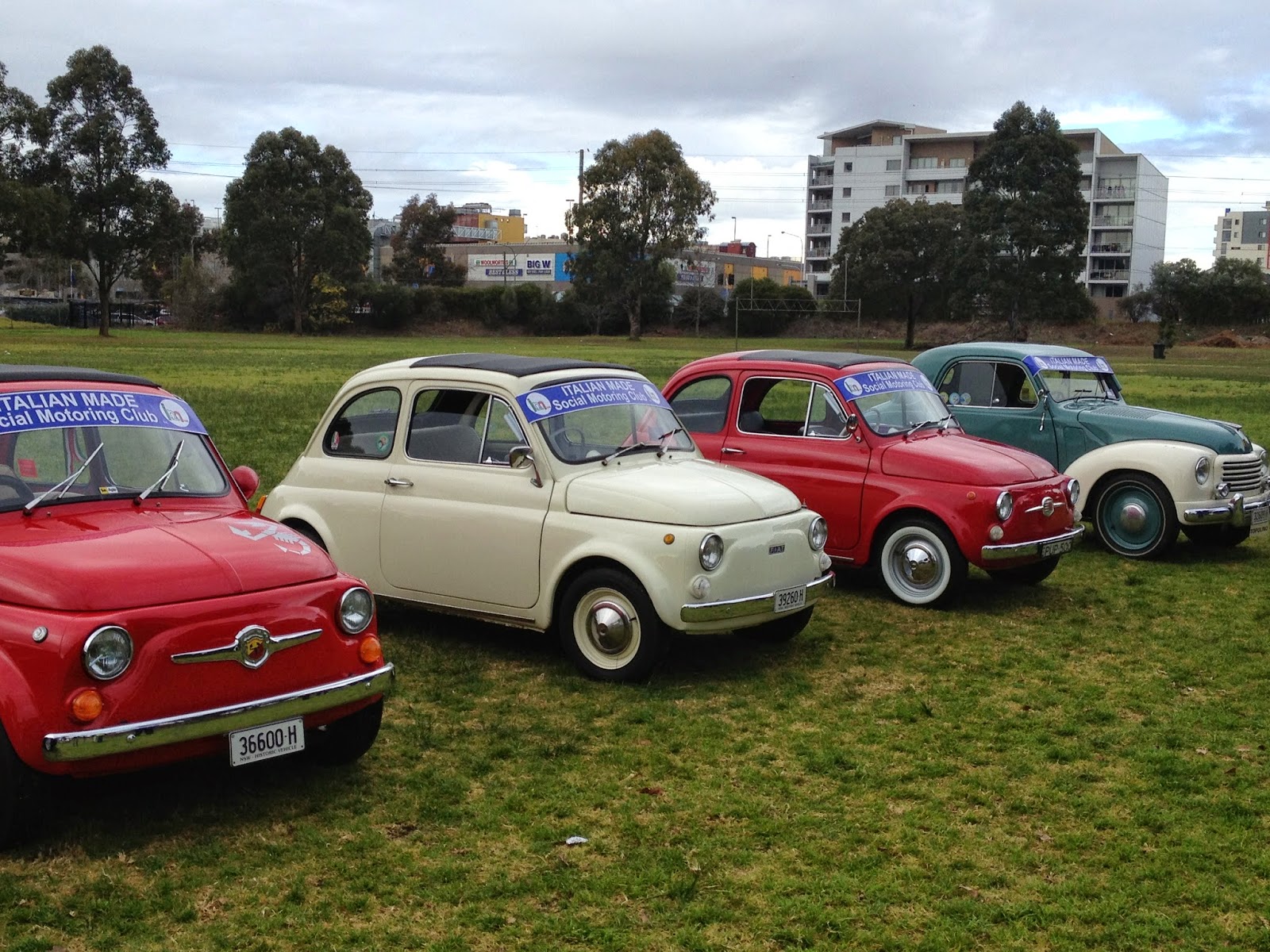 On Saturday the 23rd of August, a small group of IMSMCists, participated in
a display of cars at the Fairfield High School 60th anniversary
celebrations.

Our morning began with a rendezvous coffee at Club Marconi, then a cavalcade
down Horsley Drive toward the school.

The day was all about the school and what was "special" to ex students, when
they were at school. Naturally, everybody wanted an Italian Car, when they
were at school. As many of the past students are familiar of our club, we
were asked to create a display on the school grounds. Questions and interest
were abundant!

At one stage of the day, while observing school facilities, "music" was
heard coming from the school hall...some famous musicians making a guest
appearance to the delight of the 100's of onlookers! A special moment for
many!

At the conclusion of the day, IMSMC showed its appreciation to the
participating members, which gave up their valuable Saturday, by "shouting
pizza" at the friendly venue of TerraNova Bar & Restaurant!

We did a good thing - participating in an event organised by the wider
community! 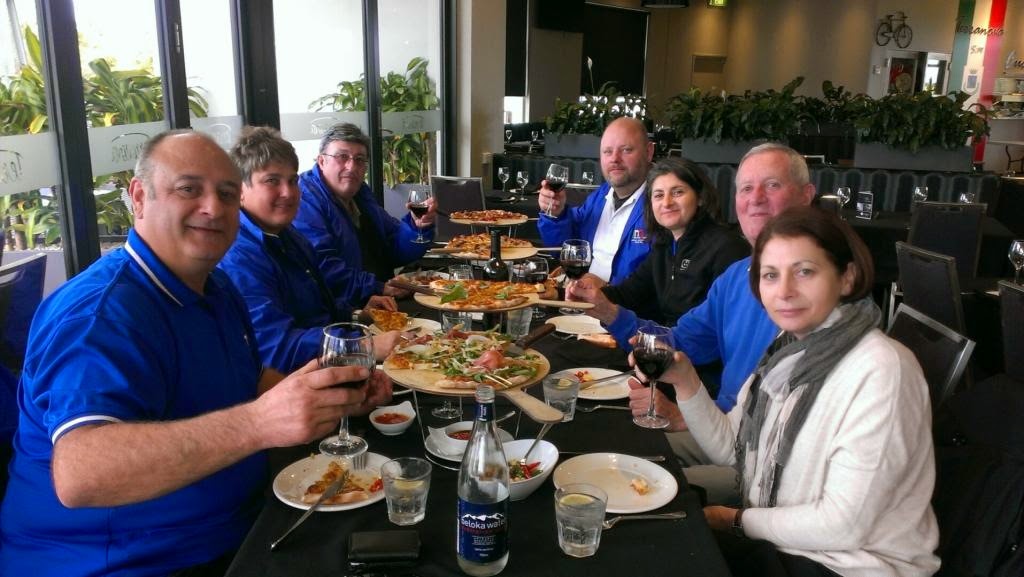 Posted by Alessandro Di Rocco at 10:09 PM No comments: 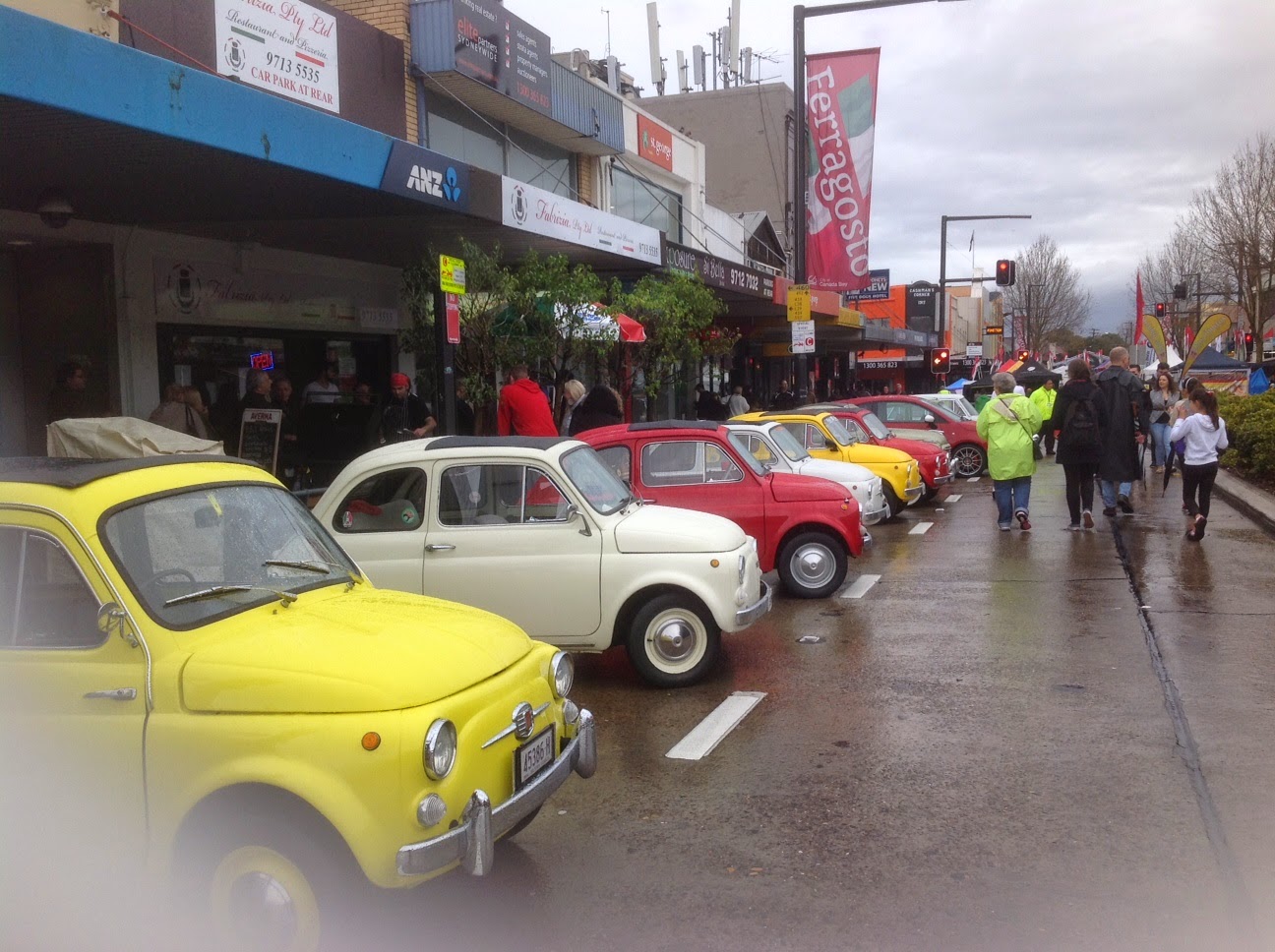 On Sunday August 17th, the club was incolved with 2 separate Displays. One was the Shannons Classic at Sydney Motorsport raceway and the other at FerrAgosto in Five Dock. 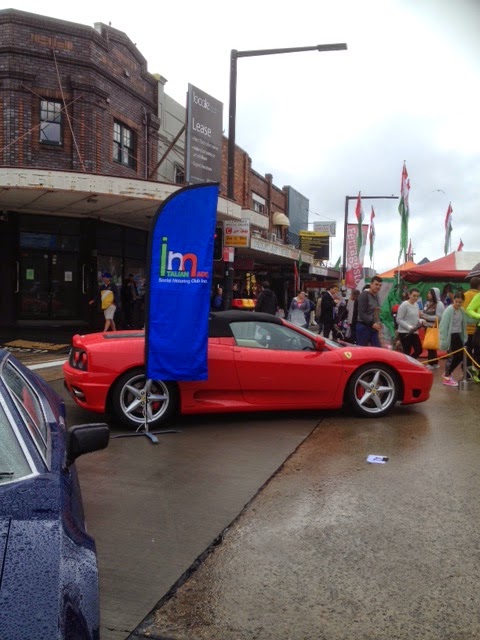 The Bureau of meteorology predicted bewteen 50-70 mm of rain starting in Brisbane and extending to the North of Victoria. Although we were all hopeful that they may have got it wrong, unfortunately they were right on the button, with rain starting to fall late Saturday afternoon throughout the Sydney Metro, continued through the night and well into Sunday morning! 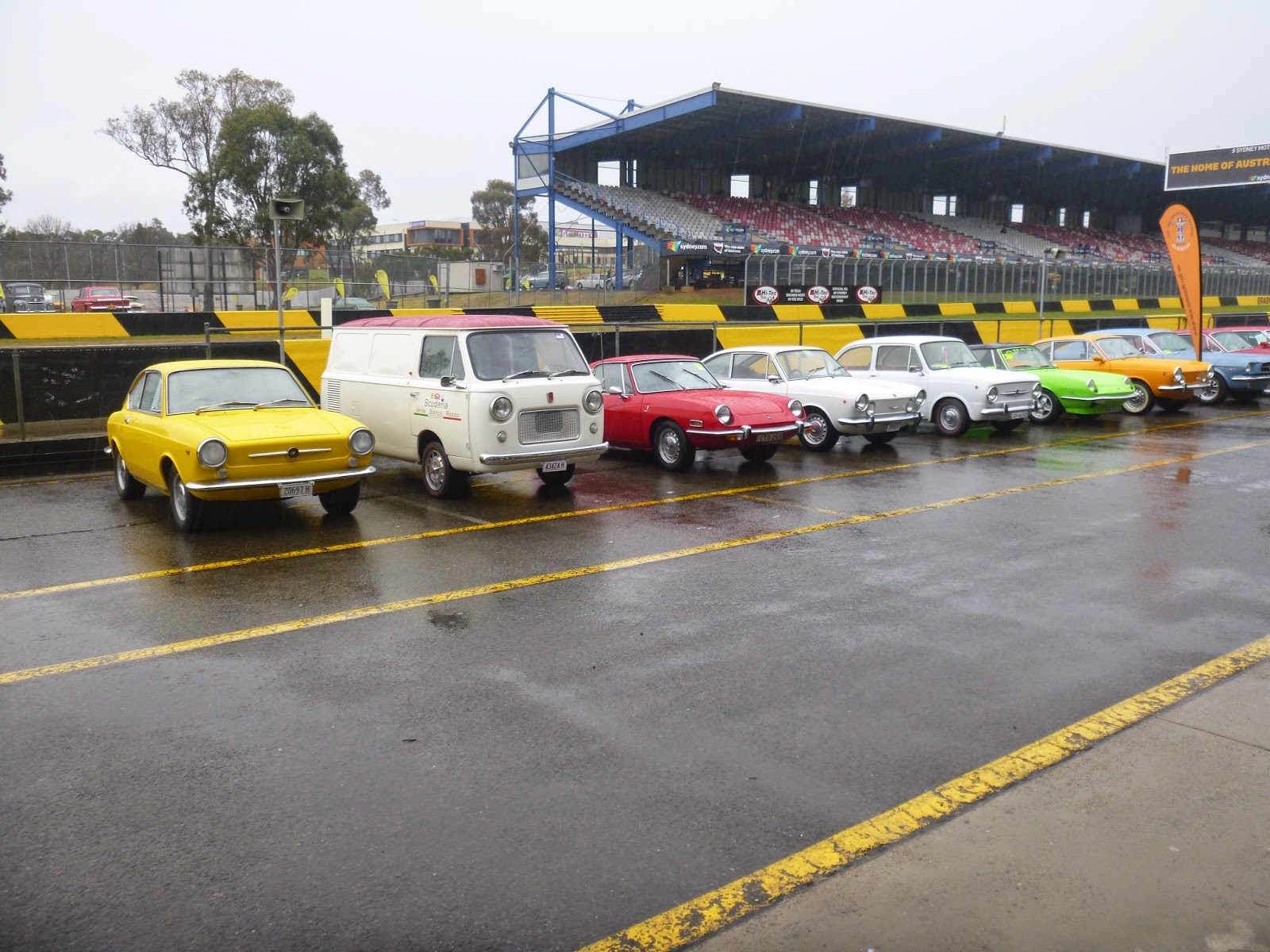 Unfortunately this affected the numbers at both venues, however, we take our hat off to the 17 member cars that participated at FerrAgosto and another 15 member cars that braved the elements and attended Eastern Creek. 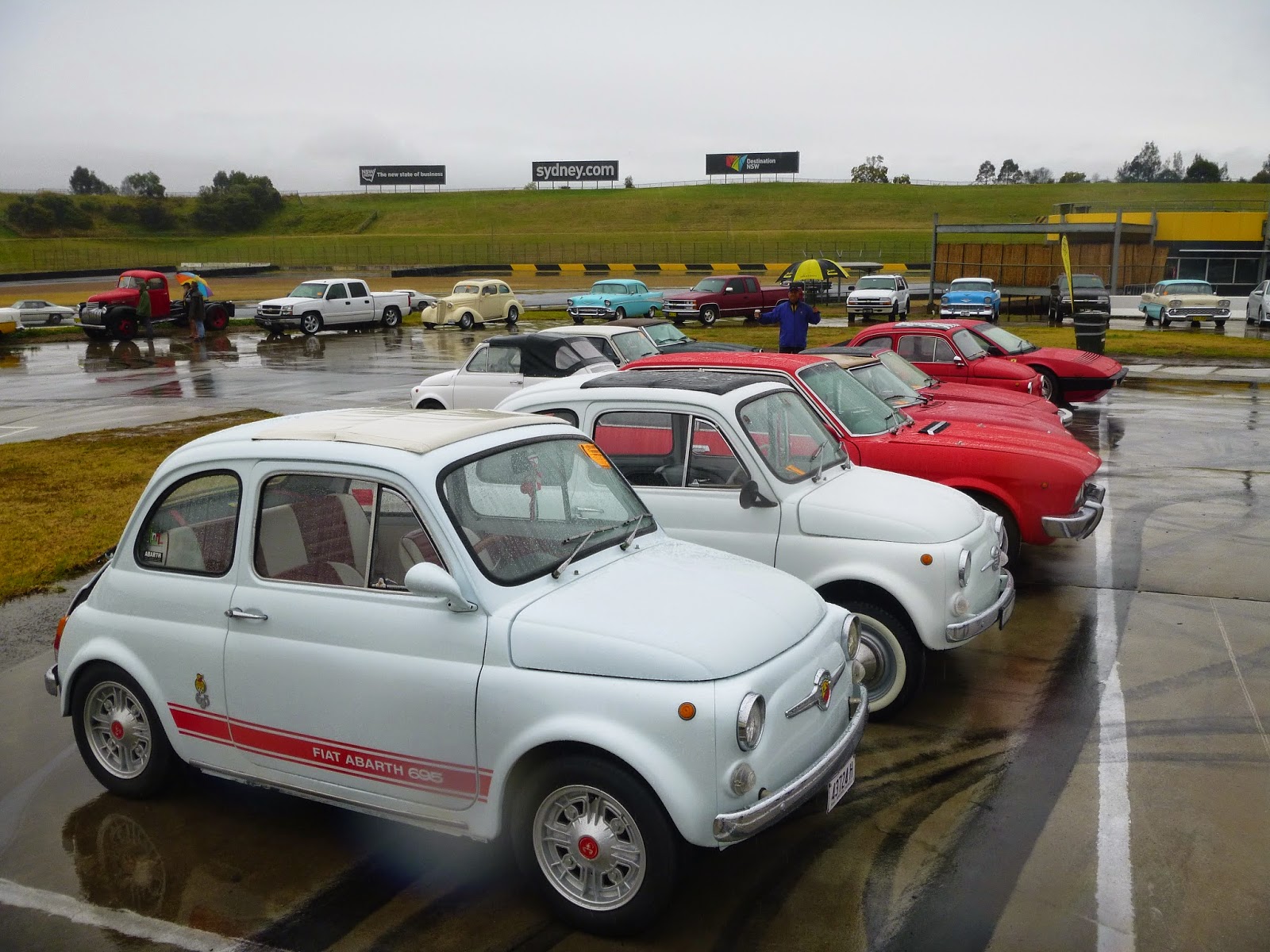 As unpredictable as the weather man can be, the FerrAgosto event blossomed into action at approximately 1200 midday, with the sun, came the crowds. The interest in our cars was evident. A huge thanks to all the 17 members who brought their vehicles and displayed them, we thank you for your passion!
At Eastern Creek, approximately 1700 cars were expected and once again, the numbers suffered significantly, as approximately 300 cars came through the gates. All the same, our club is recognised as having made a signficant contribution to the Historic car movement. We had 7 x Fiat 850's displayed on Pit Lane as part of the 50th anniversary celebration and a further 11 cars dominating area C.
Thank you to all that participated in both events...ultimately, it was worth the effort!

Posted by Alessandro Di Rocco at 2:35 PM No comments: 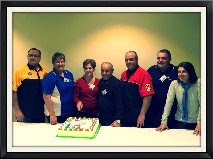 On Friday Night the 1st of August, the Annual General Meeting for the 2013/14 year, was held at Club Marconi.
Firstly a HUGE THANK YOU to the 65 members & family that attended. We also highlight the wonderful presentation and service provided by Club Marconi & Staff. The amentities/facilities were presented in a truly professional manner. The staff worked tirelessly all night, to cater to our every need. Thank You MARCONI!!!

As per the model rules, set out by "Fair Trade" our minutes, financials and agenda were presented to the members. Member Gerardo Mediati, as part of a sub committee (and judging panel including Nat Stillone, Mick & Cate Stivala & Ric Cappolino), presented the new concept of "Concorso", which will be implemented at our forthcoming Concorso D'Eleganza to be held at Gough Whitlam Park, later this month. We hope to maximise our Club attendance at this event. Thanks Guys! 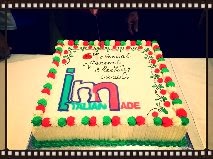 We received 7 nominations for the committee positions. This year Members Charlie & Maria Losinno have stepped down from their role. We thank them both for their many 100's of hours each year, for the last 5 years, that they have contributed to the club. They are and always will be deemed a significant part of our club, whose efforts are certainly recognised as having contributed significantly to the growth and stability of IMSMC.
With their departure, we introduce both Michael & Cate Stivala into the committee. We know they will bring new ideas. Their enthusiasm will contribute to our club. Welcome!
Committee Positions are as follows;

President: John Di Rocco
Vice President: Rose Cara
Treasurer & Plates Registrar: Leo Di Rocco
Secretary: Lino De Iulio
Committee 1: Oriana De Iulio
Committee: 2: Cate Stivala
Committee 3: Michael Stivala
Our evenning continued with a meal & cake, provided by the club. Discussion & "catch up" was evident throughout the Hall, with the regular bursts of laughter coming from around the room. Our Raffle was held and we thank our sponsors, First Creek Wines, Campisi Fine Food Deli, Prodata Computer Products and IMSMC!
We look forward to the forthcoming year. Thank you to all members for their passion & enthusiasm. You make the club what it is. Number 1.

Posted by Alessandro Di Rocco at 8:45 AM No comments: