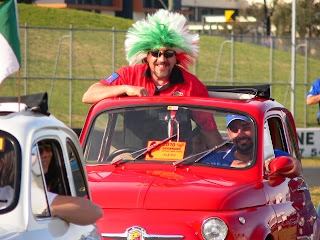 On Sunday the 22nd of August, IMSMC created a static display of 26 Italian cars at the Shannons Eastern Creek Classic (SECC).

Our display was fantastic! Many a passersby commented on the wonderful array of colours and varying styles of our vehicles. We were surrounded by approximately 1800 classi 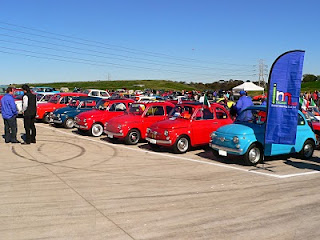 cs of all shape, size and model. The Council of Motor Clubs (CMC) is proudly boasting that the SECC is "probably" the largest gathering of Classic motor vehicles in the Southern Hemisphere. 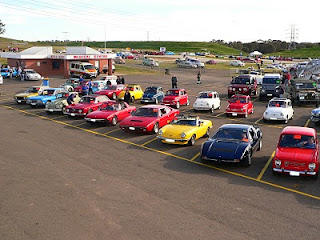 Many of our members, and visitors, purchased memorabilia from the stalls around pit lane - some fortunate to discover some "rare" finds. The day also proved worthwhile for a number of our club sponsors, introducing themselves to visitors with classic cars! Quite a few membership forms were issued to interested visitors - we anticipate a few new members; we certainly established contact with clubs of other Italian Marques.

Late in the afternoon at around 3:15pm, our lap was underway. Like a scene back in time - it looked like something out of 1967 at Nurburguring racetrack!

One member remarked after the lap that there is nothing like the sound & feel of an Italian Motor @ 6000rpm! Frankly, we couldn’t agree with them more.

A wonderful display from members of IMSMC, to all that were with us on the day, we would like to thankyou all.

Posted by Alessandro Di Rocco at 12:23 AM No comments: 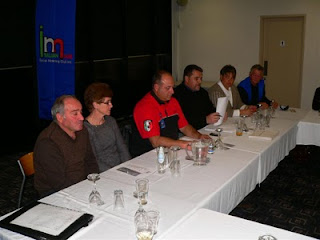 Friday the 6th of August IMSMC's Annual General Meeting was held at Club Marconi, in the Oscar/Elettra room. 43 financial members with partners made up 65 attendees.

After a brief word of thanks and report from the club executives the committee for 2010/2011 was announced.

New members were given the opportunity to present themselves (and their cars) to the assembly. A number of issues were raised - all ideas welcomed and taken on board. Gerardo mediati presented a catalogue for the benefit of any Fiat 500 member wishing to upgrade or restore a 500.

Our annual Ball for 2011 was announced - the night of nights, to be held at Castel D'Oro in Five Dock on Saturday the 26th of February 2011. All details are posted on our events page and you will be reminded as we approach the date! 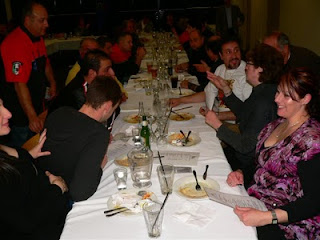 Many thanks to our sponsors, namely; Mastertouch Automotive, Gladesville Auto Body Works, NRMA VVC Insurance and R & M Automotives for their raffle prize donation.Their contribution allowed us to raise over $300 on the night.

Many members also took the opportunity to purchase Club Merchandise including caps, Shirts and club jackets.

We had a guest speaker, Mr. David Snape from the NRMA Vintage & Veteran car Insurance. David spoke briefly about his product, generating much discussion. David also shared his experience of 30+ years working for the well known insurance company. David was particularly 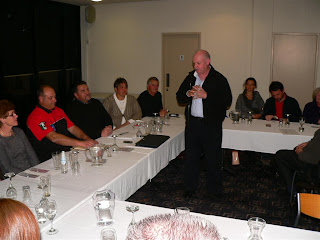 impressed with the number of "ladies" that were part of our club."Truly refreshing to see so many members with their partners" David, later commented on this again and also exclaimed at the "structure and professionalism" of our club. A big thank you to you all for your contribution Ladies & Gentlemen.

With formalities completed, we each received a complimentary plate of Pasta - Penne Boscaiola & Tortellini Napoletana. Discussions and laughter continued throughout the night, while images and video of 2009/2010 events were on display on the big screen.

At midnight it was time to "wrap it up" some members continued to enjoy the wonderful facilities at Club Marconi.

Many thanks for the significant attendance and involvement, we look forward to maintaining the momentum and fulfilling the expectations of each member in the coming year!

Posted by Alessandro Di Rocco at 6:41 PM No comments: 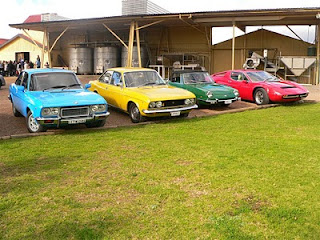 Members and friends were up bright and early meeting at McDonalds, Thornleigh. All in anticipation to get on the road and make our way toward the Hunter valley wine region. The morning started with a big breakfast and a large cappuccino. The drive to the Hunter valley was a dream as the new and classics powered up the F3 highway and into wine growing country.

The usual waves of appreciation were received from passing motorists along the way. We arrived at our hotel the Comfort Inn where we met up with other members of car clubs in the Hunter region; we unloaded our vehicles and made ready to commence our tour. Our first stop was Tyrells winery where we were given a tour of their wine making facility and then onto a private wine tasting. 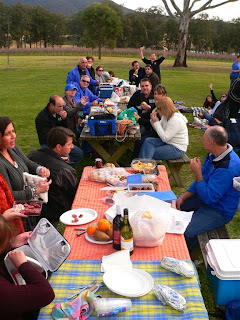 We had a picnic lunch on the grounds at Tyrells where everyone contributed to the table and what a feed followed! Lunch took a little longer than anticipated, just highlighting not complaining. We next moved onto the Hunter valley gardens, the chocolate and lolly shop proved to be very popular!

Onto McGuigans for more wine tasting according to some members by this time it all tasted the same, the Semillon botrytis was a huge hit with many. 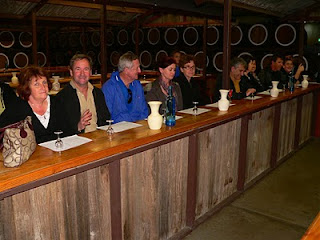 Onto our next stop “HOPE”, upstairs and through the Great Cask hall and into a specially prepared private area where a very well presented and professional wine tasting experience followed. Smelly cheese anyone?

At this stage it was time to return to our rooms to freshen up and make ready for dinner. The scotch fillet was exceptional and cooked to perfection the chefs at Pedens. Dinner was followed by coffee and desert. At dinner we were joined by very good friends of IMSMC Warren and Laurel Buckingham from CIAO (Classic Italian Automobile Organization) we are sure to share in events with this enthusiastic club!

Sunday morning started with a home-style country cooked breakfast and then members made their way onto the Chocolate factory. Upon arrival and entering the factory we could feel the kilos piling on just by breathing. Onto First Creek our first winery for the day, here we enjoyed some good local wines even a desert wine made from raspberries. You have to watch these vignerons they will start making wine from rapene seeds… 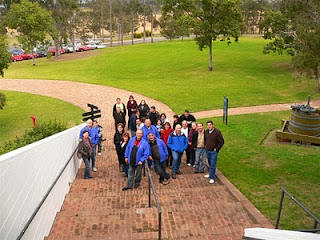 Many after First creek decided it was time to depart and return to Sydney, while others decided to visit The Blue Tongue brewery where we had lunch washed down with a handcrafted refreshing ale.

What a great weekend!


See you next year.

Posted by Alessandro Di Rocco at 12:52 AM No comments: