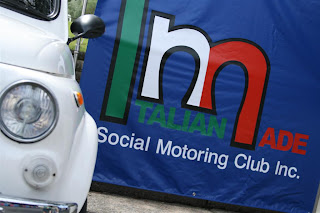 What a great day! Although a little humid the weather was fine and sunny with the occasional breeze, members of IMSMC again turned out, yet again in style.. The efforts of our members on the day merits a mention as they assembled nicely, and followed all instructions, after all they were reiterated a number of times by various people!

Those magnificent men in their Italian made machines they went up Parramatta road, down onto the city link and into Norton Street with a minimum of fuss. The line of collectibles added colour to the traffic, the cavalcade could not be missed.The blue army members parked their vehicles and assembled, the crowd stood in awe watching the timely reversing and parking precision…The day started well and the stall was prepared, the now familiar IMSMC banner was assembled on its frame.

Turin imports have sponsored our club and we agreed to hoist their banner on the day. We have been told that Turin Imports which is based in Adelaide, South Australia, I am sure you have dealt with them in the past, has wide range of Fiat parts in particular the 500 bits and pieces along with a wide variety and selection of other bits…. I have been told that their service is quick and efficient… 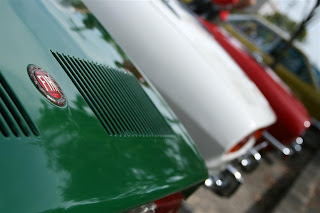 The crowd gradually swelled until Norton St. was a sea of people… As usual the wine, food, music and song was plentiful… In particular I noticed the piano accordion was put to good use and a young lady played the clarinet and accompanied the accordion very well. Many organisations were represented on the day even Club Marconi. I could not help but notice as I strolled along the stalls the creativity and ingenuity of we human beings, in particular, the things we do to bring food to the masses! The trailer mounted full blown wood fired masonry pizza oven! Now that is something we can do when we have a free Saturday afternoon!
The beers flowed at the Royal for some members without mentioning any names 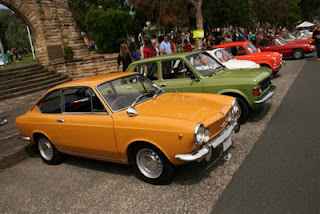 , but after all matters need to be discussed and dramas needed to be washed away with a “cleansing ale” or three…

Anyhow, back up Flood Street into the Royal, revitalized and back into the crowd. As I approached the car display area many people had gathered and were admiring the cars.. At this point I must mention that the NSW Police could not resist the temptation and have purchased a brand new FIAT 500 went up to the constable and said “nice car” and asked what she thought of the car, the answer was reminiscent of the scene in “Wogboy”… She said “I cannot wait to drive it back to base”, all she wanted to do was drive the car and kept saying, “I luuv it”….
The cars as usual were a highlight of the day, many people asking questions and telling us how they once owned and enjoyed their time as owners with the cars many years ago… 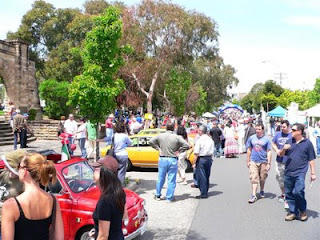 To all members and families that attended another job well done.. The day progressed nicely with a number of enquiries, many taking application forms, we may end up with a new member or two, sales were up (no global crisis being experienced by IMSMC) expenditure and overheads minimal!

A special thank you to Joel Stillone for his excellent photography!
Posted by Alessandro Di Rocco at 6:00 PM No comments: