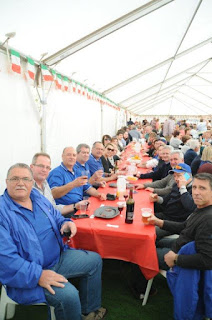 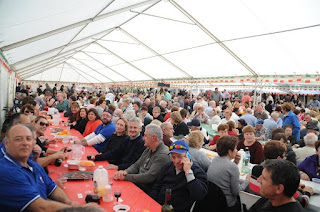 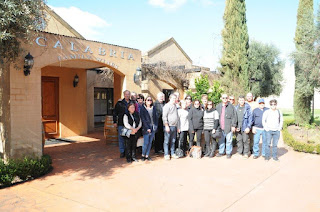 Posted by Alessandro Di Rocco at 7:49 PM No comments: 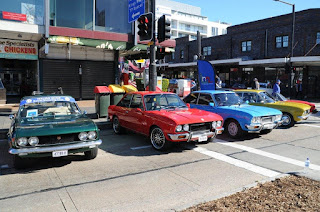 Sunday the 21st of August, 37 Italian Made Social Motoring Club Cars, presented themselves at the FerrAgosto Festa in Five Dock.
What a splendid Day! Dante Giacosa providing one of the best Winters days in 2016. Our members are each to be commended for the manner in which they gathered, organised and presented their vehicles for this iconic Sydney Italian Festival. 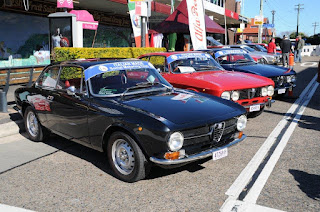 With great efficiency and organisation, the "Italian Stallions" moved from Croydon to the "main drag" of Five Dock, parking their cars and creating immediate impact to the public. Our cars, our members, attracting immediate interest in our Italian engineered cars, which was obvious ALL DAY LONG!
We were blessed with the weather! What a glorious day. Our members were able to enjoy the "multicultural" cuisine which extended for Kilometers along Great North Rd.
A special mention to member David Mirabella, who presented for the first time, his wonderfully restored 1960 Fiat 500N. A real credit to you David - Congratulations! 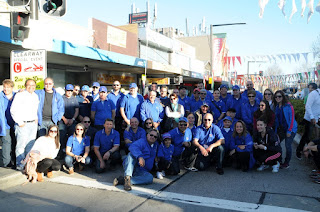 Congratulations to everyone who participated. Thank you to the number of members who attended with and without their cars. A wonderful and noticeable contribution to the FerrAgosto celebration!
Happy FerrAgosto to All!
Posted by Alessandro Di Rocco at 7:46 PM No comments: 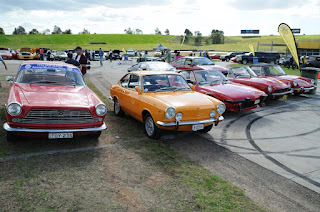 On Sunday the 14th of August, IMSMC participated in the SHANNONS SYDNEY CLASSIC, held at the Eastern Creek Motorsport park.
It was wonderful to see over 35 of our beautiful machines assembled together, as the weather turned on one of the best winters days that we have seen in a while!
Our usual morning greetings were plentiful. At 10:00am, our cars enjoyed the traditional lap/parade of the raceway. All on board, the rumble of Italian fine tuned motors were away.
Upon return to our Area C, morning tea was shared! Bread Rolls, pizza, olives coffee and refreshments, creating a perfectly relaxing remainder of the day.
We were surrounded by approximately 2000 classics of all makes and models,eye candy for every motoring enthusiasts. 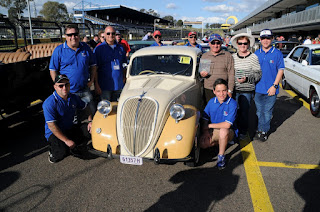 Charlie Losinno, entered his recently restored 1948 FIAT Topolino in the Presidents concourse on Pitt Lane. CONGRATULATIONS CHARLIE. The car is a real credit to you. The TOPOLINO achieved 1st Place in the the category of 1941 to 1950 & was also placed as "THE JUDGES CHOICE OF THE CONCOURSE!"
Well Done Everyone. The preparation of our vehicles and enthusiasm is obvious to fellow enthusiasts. What a Day!
Posted by Alessandro Di Rocco at 8:46 PM No comments: