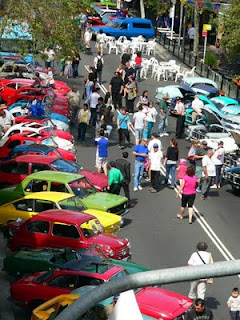 Sunday the 19th of September was a spectacular day. The weather was fine and conducive to IMSMC participating in another grand event, The Burwood Festival's Classic Show & Shine in support of the Burwood state emergency services.

19 IMSMC vehicles, together with their owners, families and friends enjoyed an atmosphere filled with cars, food and entertainment.
200 cars of all shapes and sizes were displayed in the centre of Burwood along Burwood road.
As we approached our display areas, we were directed by members of the SES into our positions. The cars lined up looked very smart and were well presented. 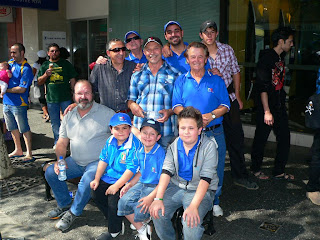 of visitors with the Papparazzi shuffling for pole position. Everyone wanted a photo in a 500!

Compliments to Rando and Anna Finochiaro on their well presented ice cream truck, we hope to see them at every big event in Sydney.

The ice cream was a huge success with the crowd.
There were several stalls representing many foods from a wide spectrum of cultures.

The Budhists were represented and they told me to tell you all "to be good to each other".

Some members mingled with the crowd and other car owners, others went shopping in Westfield and surrounding shops, other members were seen enjoying a refreshing ale and some members had a bet on the horse in the TAB. 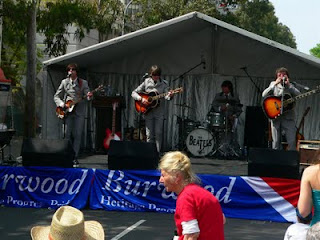 There were many activities to keep people occupied throughout the day, a band called "The Beatels" all the songs were famous Beatles classics! They were Fantastic! The band dressed in the classic Beatles style suits and pointed shoes and later changed into Sergeant Pepper outfits.

At the conclusion of the day Lloyd Jamieson made us proud as his car, the red PUP-500, was judged best 1960's car at the show, well done and congratulations Lloyd! 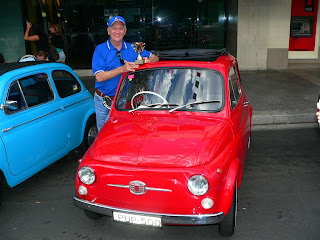 The mayor of Burwood joined for a photo opportunity with some of our members in front of our display.. Even the Police on duty were not safe as Fillippo Foti brought them into our fold to participate in our display.

Once again a very successful event, we look forward to seeing you at the next one!
Posted by Alessandro Di Rocco at 6:15 PM