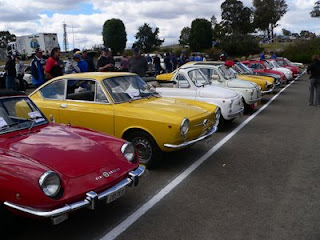 Sunday the 24th of August saw 20 of our members participate in the annual Shannons Eastern Creek classic. The weather was perfect with clear skies and temperate conditions, after what we thought would be a stormy day out!

19 Fiat’s lined up in the IMSMC display looking very presentable and impressive. As usual passers by were awestruck by our vehicles on show! IMSMC was represented in the president’s concourse by Gerardo Mediati in his beautifully restored Abarth 695. Although not a winner among the many outstanding vehicles, we were told by judges that the car was very impressive. Thankyou Gerardo for representing our club in the Presidents concourse, your effort is greatly appreciated!

The day was enjoyed by young and old and the president of CMC, Kathleen Toovey mentioned 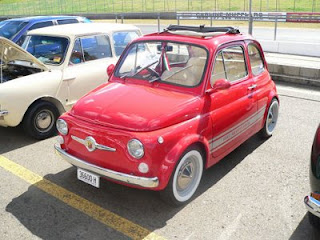 that there is a growing number of young enthusiasts attending this annual event. It is worth mentioning that the day never ceases to expose cars which have not been seen for a number of years and rare “imports” which have never been seen before!

A special mention goes to Peter Egan who during the week developed starter motor problems with his 850 sports coupe, but through sheer commitment and determination at wanting to be at the event and with a little help from the Di Rocco brothers and Graham smith he was able to source, repair and fit the starter. Sure enough Peter joined the fold on the day. Well done!

One of the highlights of the day is the lap of the race circuit, which for the first time this year, was in fact two! And didn’t we relish every second that our shiny classics zipped around the track! Maria “Schumacher” Lossino, looked the part in her Fiat 500F, packed to the sunroof with a carload of grandchildren! 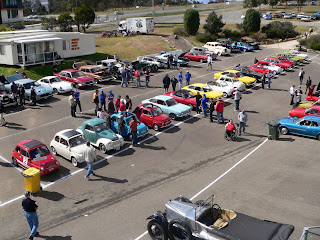 We followed each other in a systematic and sequential manner, enjoying those tight corners. However some “spirited” members from another car club did not follow the rules on the track causing some concern to our members during our laps... always look over your shoulder!

A big thankyou to all who attended and presented their cars at this year’s 2008 Shannons Eastern Creek classic. As a result of our wonderful display/participation all indications are that IMSMC will be nominated for CMC affiliation. 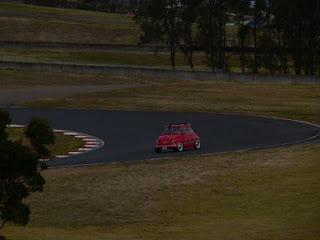 We hope to see an even greater turn out next year!